Tamim tees off to set up Victorians' BPL triumph 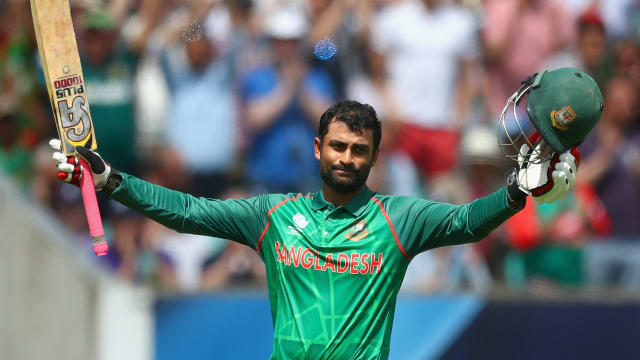 The Bangladesh opener crunched 10 fours and a remarkable 11 sixes from his 61 deliveries as the Victorians posted 199-3 before securing victory by 17 runs, the Dynamites mustering 182-9 in reply.

Dhaka thought they had removed Tamim for 33 in the ninth over when Andre Russell attempted a low diving catch, only for replays to show no clear evidence that the chance was taken cleanly.

And Tamim's innings really took off in the 15th over as he hammered Rubel Hossain for 22 runs from just five balls, while Russell was also dispatched for two fours and two sixes in the 17th, as the left-hander brought up three figures from only 50 deliveries.

Shakib Al Hasan was taken for a six and a four to end the next over, and Tamim added further maximums off Rubel and Russell as the innings drew to a close.

Dhaka's chase suffered a catastrophic start when Sunil Narine was run out for a diamond duck, Mohammad Saifuddin's underarm throw catching the West Indies spinner short of his ground.

A second-wicket stand of 102 between Rony Talukdar (66) and Upul Tharanga (48) had the Dynamites well up with the rate, but wickets fell regularly thereafter as the day belonged to Tamim and the Victorians, who were crowned champions for a second time.