'Motivated' Federer hoping to be on cloud nine at Wimbledon 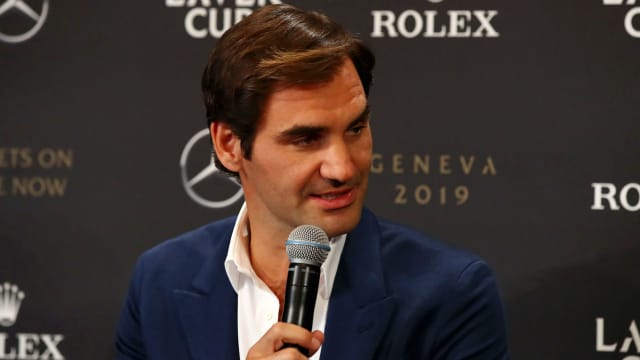 Roger Federer has his sights trained on a ninth Wimbledon crown in 2019 and, at the age of 37, says his position in the ATP rankings is of little concern.

The Swiss legend endured a disappointing exit at the Australian Open last month, going out in the fourth round to Stefanos Tsitsipas.

Although he was denied the chance for a third straight triumph at Melbourne Park in sensational fashion, Federer's hunger has not been dimmed as he chases a 100th ATP Tour success, which will surely arrive this season.

And Federer was unequivocal in identifying his goals for 2019 when he faced the media at the launch of the Laver Cup in Geneva on Friday.

"I really would like to make a good season start, maybe that could launch the clay season and Wimbledon but I think Wimbledon yes, the US Open and after also the Laver Cup and the World Tour Finals at the end of the year.

"I continue my career... I'm motivated, I feel good and I'm looking forward to the future.

"The goal is always to have a level of play high enough to beat Rafa [Nadal] and [Novak] Djoko[vic] and as soon as it is so high so you can play against them and maybe win, that means that the classification will normally follow.

"For me, the classification at 37 years is not anymore the priority."