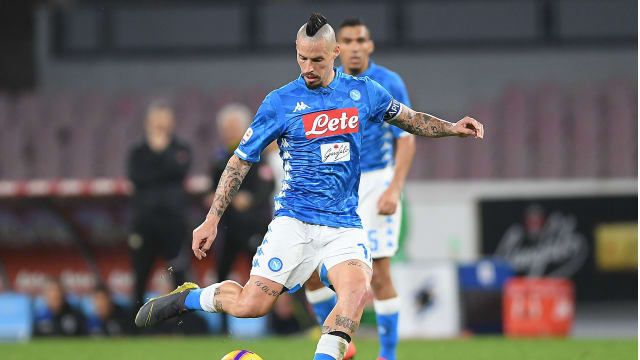 Marek Hamsik has been left out of Napoli's squad to face Fiorentina on Saturday amid reports his move to Dalian Yifang is nearing completion.

Hamsik appeared poised to complete a switch to the Chinese Super League outfit earlier this week before Napoli postponed the transfer over an issue related to the structure of the payments for a purported €20million deal.

Those issues appear to have been smoothed over, with Calcio Mercato reporting the Slovakian midfielder has travelled to Madrid to undergo a medical.

It will mean the end of Hamsik's 12-season association with Napoli, who are second in Serie A – nine points shy of champions Juventus – as they prepare to head to Florence.

Head coach Carlo Ancelotti is able to call upon Vlad Chiriches for the first time since he suffered a knee injury in September, although fellow defender Raul Albiol is unavailable.