Guptill set to return for ODI series against Bangladesh 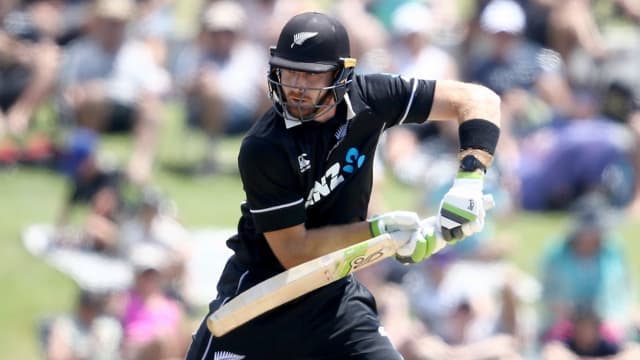 Guptill is in the squad for the three-game ODI series, pending a fitness test on Sunday, the Black Caps announced on Saturday.

The 32-year-old batsman was ruled out of the Twenty20 series against India with an aggravated disc in his lower back but Guptill is in line to return in Napier on Wednesday.

Guptill will partner Henry Nicholls atop the order if passed fit, while Colin Munro will replace captain Kane Williamson in the third game as the New Zealand skipper takes a pre-planned rest.

Here's our squad to face Bangladesh in 3 ODIs starting on Wednesday in Napier.| https://t.co/9em3a0MN3z#NZvBANpic.twitter.com/wA7kbN1sI1

"It's an exciting time for the players and coaches alike as we look to sign-off our home summer of white-ball cricket," said New Zealand selector Gavin Larsen.

"Undoubtedly the World Cup is looming large, but we're very much focused on the series ahead and the type of cricket we want to play.

"We're delighted to have Martin back on the park for this series; he's a world-class player and an integral part of our one-day side.

"He and Henry did a good job opening up in Hamilton against India and they're a combination we want to see some more of in this series, before Colin returns to the top for the third game with Kane resting."