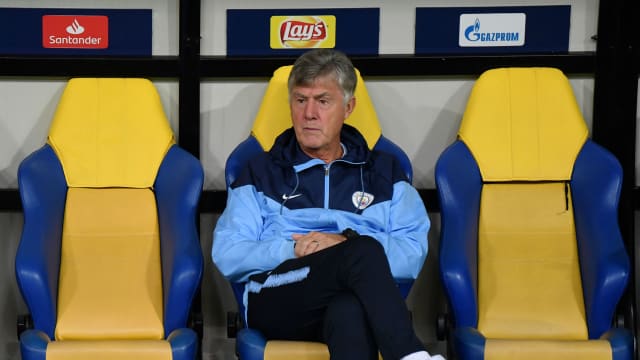 Video assistants will be used to help officiate on contentious decisions during the last-16 ties in the Champions League.

At a summit in Frankfurt on Monday, only head coaches from Juventus, Lyon, Paris Saint-Germain, Roma and Schalke – who face City in the opening knockout round - were present.

The Premier League champions were among the teams to send another member of staff, however, with assistant coach Brian Kidd in attendance, but this did not pass muster with Ceferin.

"For me it's not only a lack of respect for [UEFA's chief refereeing officer] Roberto Rosetti's team and the UEFA organisation, but the influence of coaches is huge and if they complain about being refereed they should at least come and see what the experts say about the use of VAR," Ceferin said.

"Now they do not have any excuses, especially the ones that did not even come."

Guardiola responded to Ceferin's words on Friday, highlighting his need to prepare for City's 2-0 midweek win at Everton that sent them back to the top of the Premier League table on goal difference.

VAR is ready for its UEFA debut in the @ChampionsLeague next week!

But do you know where else it's going to be used this season?

Allow us to explain... pic.twitter.com/pIebvvEkcJ

"I respect a lot the UEFA president but I don't agree with what he said, I am sorry," he told a news conference ahead of Sunday's home match against Chelsea.

"Brian Kidd was there. He travelled, he was in the meeting and I have on my table the report about the VAR.

"I would have travelled. I had the tickets. But the Premier League decided we had to play the game against Everton in between Arsenal and Chelsea, so I could not travel.

"Someone went there and we were involved. I'm not talking about Mr Ceferin saying, in that case, that Manchester City was not in that position."

The former Barcelona boss also fired a barb in the direction of old rivals Real Madrid during a lively briefing with the media ahead of the game against Chelsea on Sunday.

Madrid boss Santiago Solari accused Guardiola of being "deliberately" provocative when not including Los Blancos in his list of the best clubs in Europe over the past decade – Barca, Bayern Munich and Juventus were his chosen three on account of domestic league consistency – despite them winning four out of the past five Champions Leagues.

When Guardiola was informed of his Chelsea counterpart Maurizio Sarri declaring City the best team on the continent, he took it as an opportunity to take aim at Madrid.

"Thank you so much [to Sarri], but I will be nice for the Madrid supporters, who are upset with me, who are saying the best team in Europe is Real Madrid," he said, with notable sarcasm.

"But Real Madrid are not the best team of the decade when you count leagues and cups and the other ones, because Juventus, Barcelona and Bayern Munich won six or seven times and they [Madrid] won two.