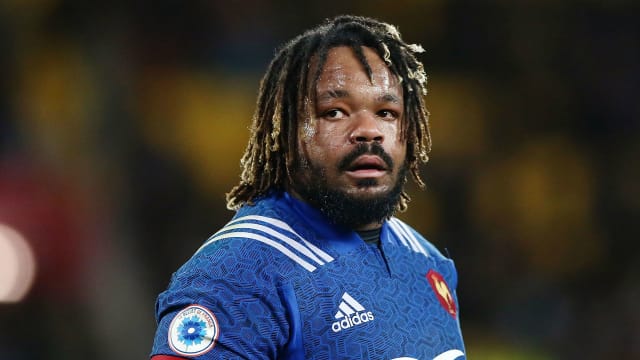 Mathieu Bastareaud has been recalled to face England, while Demba Bamba and Felix Lambey will make their first France starts in the Six Nations encounter at Twickenham.

Bastareaud was axed for the opening-round defeat to Wales in Paris last Friday, but the vastly experienced centre will partner Geoffrey Doumayrou in midfield on Sunday.

Teenager Romain Ntamack drops to the bench after making his debut in the loss to Warren Gatland's side and Wesley Fofana misses out due to a thigh injury.

Jacques Brunel has made six changes to his team, with 20-year-old prop Bamba replacing the injured Uini Atonio and lock Lambey preferred to Paul Willemse.

Gael Fickou starts on the wing and Yoann Huget moves to full-back, while Yacouba Camara comes into the back row as a replacement for Wenceslas Lauret.

Versatile back Thomas Ramos and prop Dorian Aldegheri are set to make their debuts off the bench.

Hooker Pierre Bourgarit has also been named among the replacements as Les Bleus attempt to show a positive response to their second-half collapse against Wales.