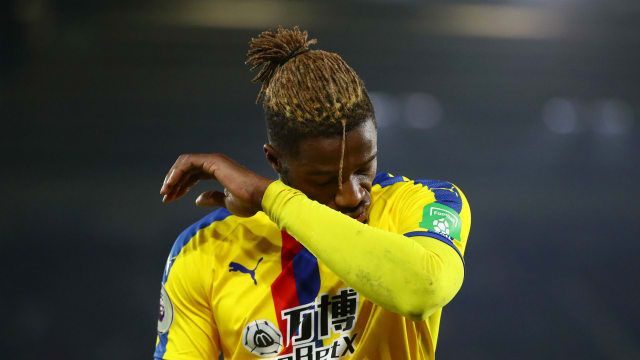 Crystal Palace forward Wilfried Zaha has been handed a further one-match ban by the Football Association.

The punishment, which also includes a £10,000 fine, relates to the 26-year-old's behaviour following a red card during the closing stages of last month's 1-1 draw at Southampton.

The Ivory Coast international continued to make the gesture as he left the field in a frustrated fashion and has accepted an FA charge of improper conduct.

Zaha sat out last weekend's 2-0 win over Fulham as a result of his dismissal and the additional suspension will not be effective as he considers his right to appeal.

During 2018-19, Zaha has scored four goals in 21 top-flight appearances, with Palace four points above the Premier League relegation zone in 14th.

[1/2] Wilfried Zaha has been suspended for one match following an Independent Regulatory Commission hearing yesterday [06 February 2019]. He was also fined £10,000. pic.twitter.com/n2dO3jTpHI