This Week in US Sports: Trades, trades and more trades, no league left out 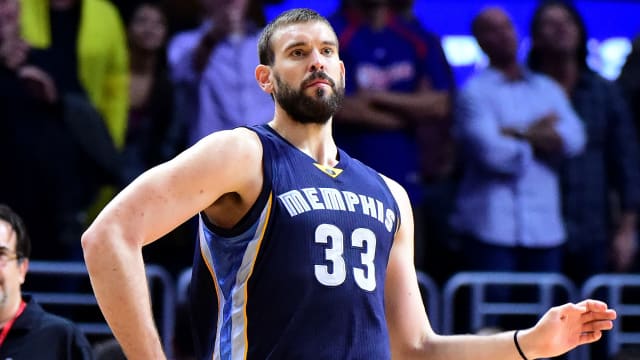 The NBA trade deadline has come and gone and we are still recovering.

MLB finally made a move and the NHL did not stay silent on the trade front either.

This was a very eventful week in US Sports.

The NBA trade deadline is always an adventure and Thursday's was no exception.

All but seven teams made some kind of deal before the deadline and some really big names moved while others stayed put.

Marc Gasol went to the Toronto Raptors, Nikola Mirotic found a new home via the Milwaukee Bucks and Markelle Fultz is on his way to the Orlando Magic. But it was Anthony Davis staying put which is truly the news of the day.

Davis' agent Rich Paul told ESPN he would not re-sign with the New Orleans Pelicans and preferred to be traded in January. New Orleans have yet to deal him though, so now the attention turns to the offseason when the Boston Celtics can and will get in on the discussion.

2. The hot stove finally heats up

A move has finally been made in MLB's offseason.

Miami have now traded their four best players from two seasons ago and are in complete rebuild mode.

With the NHL's announcement that Austin Watson would be suspended indefinitely, the Nashville Predators knew they needed some help with their depth so they went out and made a move.

The Predators acquired forward Brian Boyle from the New Jersey Devils and Cody McLeod from the New York Rangers.

Nashville are three points back of the Winnipeg Jets for first place in the Central Division and a matchup with a wild-card team come playoff time.

This could be the move that puts them over the top, or at least one which could be the difference in winning the division.

The biggest question coming into this year's NFL Draft is what Kyler Murray is going to do.

We got a small answer on Thursday as he was invited to the NFL combine which starts in Indianapolis, Indiana on February 26.

This does not necessarily mean he will choose football over baseball, as he was drafted ninth overall by the Oakland Athletics in the 2018 MLB Draft as well and must decide whether to report to spring training next week, but it does bring him one step closer to choosing the NFL.

Zion Williamson is turning into the de facto number one pick in the 2019 NBA Draft, but before he gets there he has to finish out his college season with Duke.

The second-ranked Blue Devils travel to Virginia to take on the third-ranked Cavaliers on Saturday.

Duke won the first matchup of the two teams by four points, but did so in North Carolina. A matchup in Virginia is going to be a tough challenge.