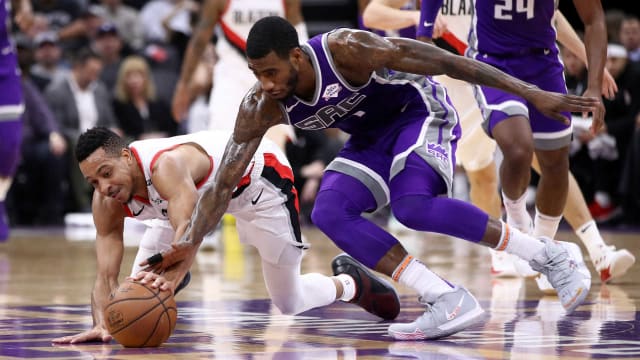 The Houston Rockets have acquired Iman Shumpert in a three-team deal, the Cleveland Cavaliers announced on Thursday.

Houston completed a trade with the Sacramento Kings and the Cavs to bring in the guard, with Cleveland sending Nik Stauskus and Wade Baldwin to the Rockets in the deal.

The Rockets have been in search of a wing player for most of the season, with the Kings' Shumpert arriving ahead of Thursday's 15:00 ET trade deadline.

Sacramento received guard Alec Burks and a second-round pick from the Cavaliers, with Cleveland getting Brandon Knight, Marquese Chriss and a 2019 lottery-protected pick from Houston.

Knight has two seasons, including 2019, and around $30million left on the five-year, $70million deal he signed with the Phoenix Suns.

Houston acquired Knight, along with Chriss, in an offseason trade for Ryan Anderson.