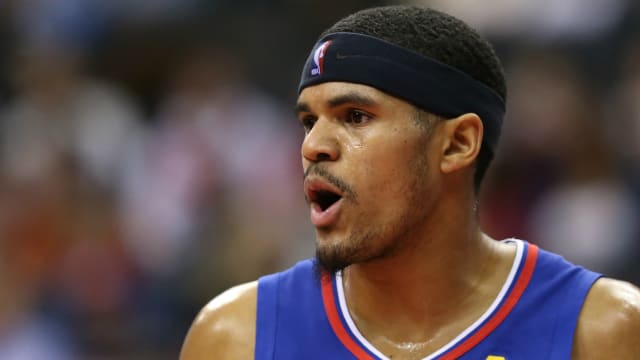 Tobias Harris joined the Philadelphia 76ers in a blockbuster trade from the Los Angeles Clippers, it was confirmed on Wednesday.

NBA Eastern Conference challengers the 76ers acquired forward Harris, Boban Marjanovic and Mike Scott in the trade with the Clippers.

"We are in the unique position to contend now and we think this trade positions us well for the postseason," 76ers general manager Elton Brand said.

"Tobias is one of the best three-point shooters in the NBA and possesses an innate ability to impact the game on both ends of the floor, while Boban and Mike provide valuable skillsets, size and depth to our team.

"All three players bring high character to our locker room and we are excited about their fit alongside Joel [Embiid], Ben [Simmons], Jimmy [Butler] and our entire roster."

Excited for this new opportunity with the @sixers, let’s get to work and bring another championship to Philadelphia. #TrustTheProcesspic.twitter.com/dws9a64ZSF

Harris – in his eighth NBA campaign – is averaging 20.9 points, 7.9 rebounds and 2.7 assists in 55 games this season as he prepares to team up with 'big three' Embiid, Simmons and Butler in Philadelphia.

The 76ers also thanked 2018 NBA draftee Shamet, Chandler and Muscala – the latter two joining Philadelphia in the offseason from the Denver Nuggets and Atlanta Hawks respectively.

"I want to thank Wilson, Mike and Landry for their time as members of the 76ers organisation," Brand said. "They were great team-mates and contributors, and consummate professionals. I wish them well in their respective careers."