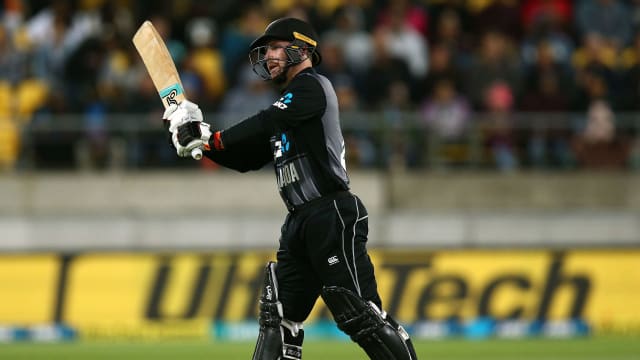 New Zealand inflicted India's biggest Twenty20 defeat as Tim Seifert's 84 and a shared effort with the ball helped the Black Caps to a dominant 80-run win on Wednesday.

Opening batsman Seifert - whose previous highest T20I score was 14 - made his runs from just 43 balls as the home side posted a daunting 219-6 in Wellington, the largest total in the format at Westpac Stadium.

India, fresh from a 4-1 triumph in the ODI series, never looked like troubling that score despite MS Dhoni's measured 39 off 31 deliveries.

The visitors are bowled out for 139 in Wellington after Tim Seifert's 84 helped set up a crushing 80 run win for the Blackcaps!#NZviND scorecard https://t.co/TTixTOEQaMpic.twitter.com/W8gh3ufYlg

Seifert was in turbo mode from the off, putting on 86 for the opening wicket with Colin Munro (34 off 20).

He had already whacked Bhuvneshwar Kumar for six by the time Krunal Pandya was swept into the grandstand over backward square-leg.

Back-to-back maximums off the same bowler followed in the 11th over, at the end of which he was wastefully put down by Dinesh Karthik running in from long-on.

Seifert's electric knock, which included seven fours and six sixes, finally came to an end courtesy of a Khaleel Ahmed yorker, but contributions of 34 and 23 from Kane Williamson and Ross Taylor boosted the tally.

India lost Rohit Sharma early when his attempted pull off Southee found the safe hands of Ferguson at deep square-leg.

A 33-run stand between Shikhar Dhawan (29) and Vijay Shankar (27) was ended when Ferguson bowled the former, before Southee and Sodhi tore into the middle order as Rishabh Pant, Karthik and Hardik Pandya all failed to get going.

Dhoni struck five fours and a six and put on 52 with Krunal Pandya but Southee accounted for both men as the Black Caps cantered to a 1-0 lead in the three-match series.