Koepka tells Garcia to 'grow up' after Saudi disqualification 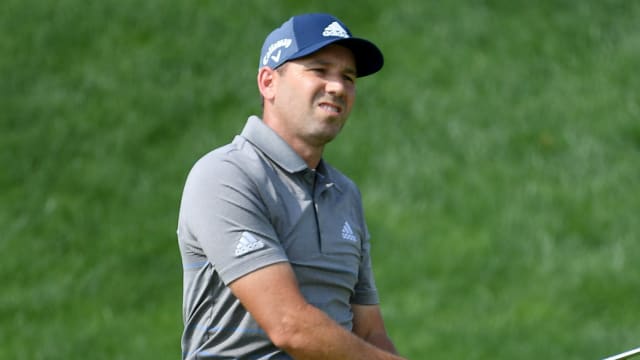 Brooks Koepka accused Sergio Garcia of "acting like a child" and told the Spaniard to "grow up" after his remarkable disqualification from the Saudi International.

Garcia was disqualified for committing "serious misconduct" after damaging more than one green in frustration during a one-over 71 in the third round.

The 39-year-old later released a statement apologising for his actions and insisting "it will never happen again".

Garcia escaped further sanctions from the European Tour but American Koepka was unimpressed with the 2017 Masters champion.

"Obviously I saw him in the locker room. I had no idea [what had happened], I played in front of him, two groups in front of him on Saturday," he told the 'Playing Through' podcast.

"I saw him in the locker room, I didn't know what was going on at the time. I had just finished, grabbed lunch and came in. I saw him clearing his locker and didn't think anything of it.

"It's frustrating as a player to see, you know, to act like that - the disrespect to everybody to act like a child out there it's not cool, it's not setting a good example."

See how the #SaudiGolfIntl results have impacted the #RaceToDubai rankings

Dustin Johnson went on to claim a two-shot victory at the inaugural hosting of the tournament and three-time major champion Koepka said everyone had to play to the same conditions.

"I mean Dustin didn't have a problem with it [the conditions], so you know that's just Sergio acting like a child," he added.

"It's unfortunate he's got to do that and complain. Everybody has to play the same golf course.

"I didn't play good but you didn't see anybody else doing that. I mean you're 40 years old [sic], you've got to grow up eventually."