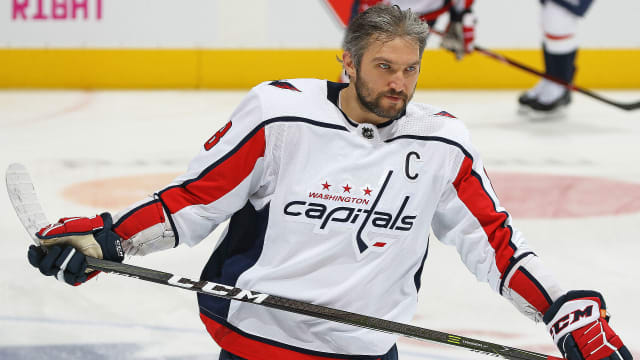 Washington Capitals star Alex Ovechkin continued to add to his legacy in the NHL on Tuesday.

Ovechkin recorded a secondary assist on a T.J. Oshie goal in the first period against the Vancouver Canucks.

The point was the 1,180th of his career, which made him the highest-scoring Russian player in NHL history.

Washington went on to top Vancouver 3-2. Ovechkin has registered 57 points on 37 goals and 20 assists for Washington this season.

The 33-year-old has spent his entire 14-year career with the Capitals. He has made 11 All-Star teams and helped the franchise win their first Stanley Cup in 2017-18.

Ovechkin moved in front of Sergei Fedorov, who tallied 483 goals as well as 696 assists during his 18-year career.