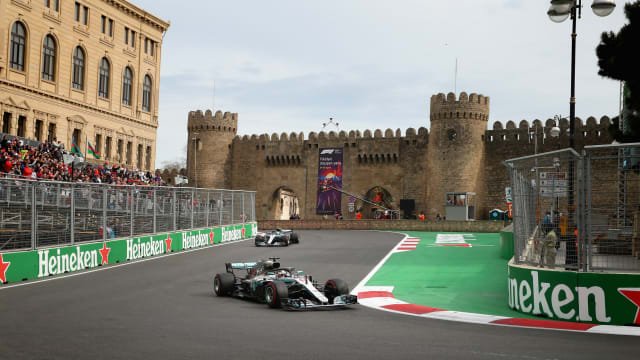 The Azerbaijan Grand Prix will continue on the Formula One calendar until at least 2023, organisers confirmed on Tuesday.

Baku first staged an F1 event when it hosted the European Grand Prix in 2016, and the street-circuit race has proved one of the more unpredictable around the world.

It marks the first renewal of 2019, with the Belgian, German, Japanese and Singapore Grands Prix all having signed new deals over the past two years.

Chase Carey, CEO of the Formula One Group, said: "We are very pleased to have renewed this agreement which will see the Azerbaijan Grand Prix feature on the FIA Formula 1 World Championship calendar for many years to come.

"In just a short space of time, this race has become one of the most popular of the season, always producing closely fought and spectacular racing.

CONFIRMED: #F1 will race in Baku until at least 2023 >>https://t.co/5sThjYsOKG#AzerbaijanGP@BakuCityCircuitpic.twitter.com/nFtKSpKUdl

"The Republic of Azerbaijan provides a really excellent welcome to everyone in Formula 1 and the beautiful city of Baku is an amazing backdrop for the greatest motor racing show in the world."