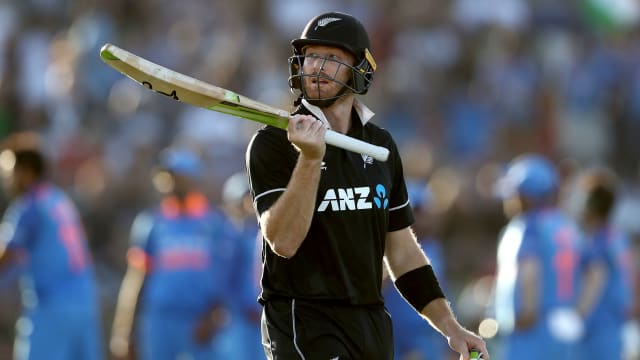 Martin Guptill has been ruled out of New Zealand's Twenty20 international series against India due to a back injury.

The opener failed a fitness test in Wellington on Monday, so all-rounder Jimmy Neesham has been brought into the squad.

New Zealand are hoping Guptill recovers in time for a one-day international series against Bangladesh, which starts a week on Wednesday.

"It's a shame as he's obviously a big part of our white-ball sides, but we've got to look at the big picture and ensure he gets the injury right.

"It's great to have Jimmy coming into the side after some encouraging ODI performances."

New Zealand and India play the first of three T20s at Westpac Stadium on Wednesday.