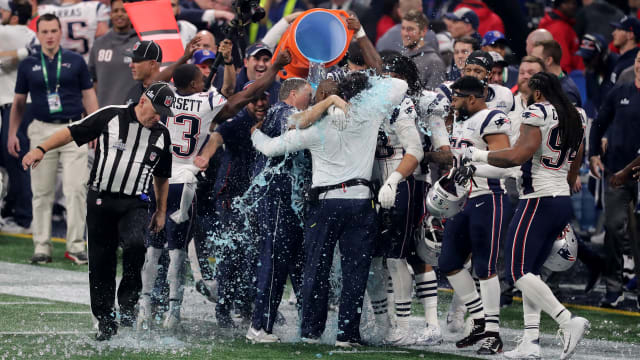 New England head coach Bill Belichick praised the Patriots for delivering a performance of "champions" in their Super Bowl LIII win over the Los Angeles Rams.

The Patriots won a record-equalling sixth Super Bowl with a 13-3 victory against the Rams in Atlanta on Sunday, in the lowest-scoring game in the history of the NFL marquee contest.

Belichick, who also won his sixth title, paid tribute to his players as he received plenty of praise for keeping the Rams to just three points.

"This is just a great day for our football team. Obviously [owner] Mr [Robert] Kraft put this all together, but it's all about the players," he told ESPN.

A fourth-quarter touchdown from Sony Michel proved decisive for the Patriots, who joined the Pittsburgh Steelers on six Super Bowl titles.

Asked about stopping the Rams, Belichick said his players deserved all the credit.

"They're a great football team, they're very well coached. It's really about the players," he said.

"They made the plays, they stopped the run, tackled the quarterback, they covered the receivers, we covered kicks and we moved the ball and made plays when we had to."