Gronkowski not drawn on future after Super Bowl win 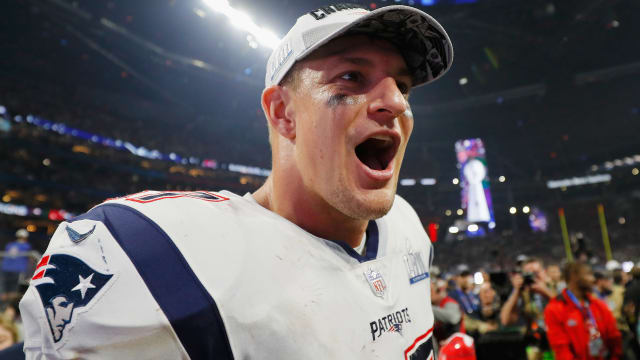 New England tight end Rob Gronkowski refused to be drawn on his future after winning yet another Super Bowl with the Patriots..

Gronkowski, 29, said before the Patriots' 13-3 win over the Los Angeles Rams on Sunday that he was considering retirement from the NFL.

However, the three-time Super Bowl champion was unwilling to discuss his future after the victory.

"It's about celebrating with my team-mates and that decision will be made in a week or two down the future," Gronkowski told a news conference.

"Tonight it's about celebrating with my team-mates and that's what I'm worried about.

"We're going to have a good time, Bill [Belichick, coach] told me he's partying tonight so you know it's going to be good."

Gronkowski had six receptions for 87 yards during the Patriots' win in Super Bowl LIII.