Fernandinho: Manchester City did not let up in Arsenal win 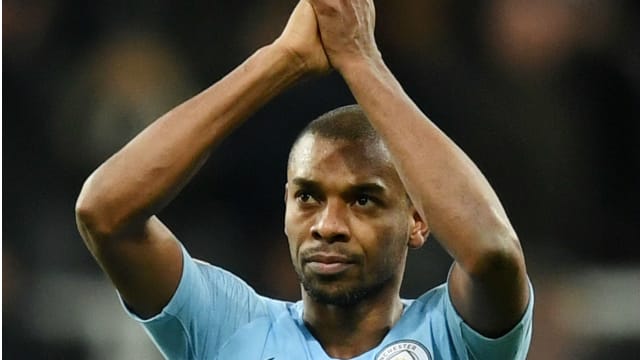 Fernandinho refuted the suggestion that Manchester City let their levels drop against Arsenal, after Sergio Aguero scored a hat-trick in a 3-1 win over the Gunners.

Pep Guardiola's side bounced back from their shock defeat at Newcastle United in confident fashion on Sunday to move within two points of Premier League leaders Liverpool, who face West Ham on Monday.

Aguero scored in the first minute for a second successive match, but Laurent Koscielny pulled one back soon after.

City restored their lead when Aguero tapped in at the culmination of a flowing move, with the Argentine bundling home his third just after the hour.

But Fernandinho insisted that, despite initially throwing away their early lead, City did not let their performance drop.

"We wanted to get back on track, of course playing good football," Fernandinho told Sky Sports.

"Today we deserved it because we went for the game from the first minute, scored an early goal and controlled the game.

"I don't think [the level dropped]. They scored a goal from a set-piece, set-pieces are part of the game and they are really good.

"We didn't drop the level, we maintained our rhythm, the way we were playing and of course at the end of the first half we scored the second goal and in the second half we controlled the game."

Aguero has now scored 10 Premier League hat-tricks, and is just one behind Alan Shearer's record haul, although there were doubts over whether his third goal should have stood, with the ball clipping his elbow on its way in.

"I honestly thought it was off the chest, but now I saw on the TV that it was my arm," Aguero acknowledged in the same interview as his team-mate.

"It's important to fight every game. Now we have to think about the game against Everton, because it will be so difficult against them."