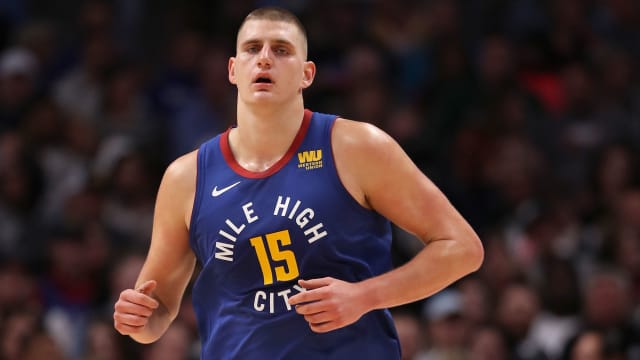 The Denver Nuggets outlasted the Houston Rockets 136-122 in a high-scoring affair on Friday.

The unlikely duo of Malik Beasley and Nikola Jokic scored 35 and 31 points respectively against the Rockets (29-22).

Jokic was one assist shy of a triple-double for a piping hot Denver team that shot 62.2 per cent from the field.

The Nuggets are now tied with reigning champions the Golden State Warriors for first place in the Western Conference.

Paul George hit a career-high 10 three-pointers en route to a 43-point performance to lead the Oklahoma City Thunder to a 118-102 win against the Miami Heat.

Rudy Gobert posted 25 points and 13 rebounds as the Utah Jazz took down the Atlanta Hawks 128-112.

Kyrie Irving's 23 points, 10 rebounds and six assists fuelled the Boston Celtics to a 113-99 victory over the New York Knicks.

Craig with the slam

This leaning Torrey Craig dunk was one of many for Denver.

Russell Westbrook knifed through the lane for a routine slam against the Heat.

RUSS THROUGH THE LANE!

The Los Angeles Lakers beat the Golden State Warriors the last time these two teams met. The Lakers claimed a 127-101 victory without LeBron James, who left the Christmas Day game after suffering a groin injury. James returned from a prolonged absence on Thursday, so it should make for an exciting rematch.