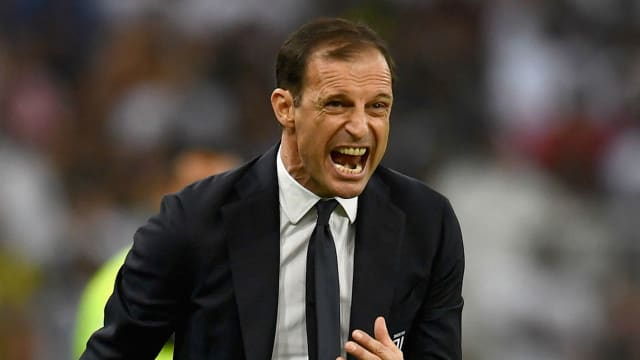 Massimiliano Allegri was left fuming after Juventus surrendered a two-goal lead to draw 3-3 with Parma on Saturday.

Gervinho struck deep into stoppage time to complete the turnaround, his double and Antonino Barilla's goal cancelling out Cristiano Ronaldo's double and one from Daniele Rugani.

The result saw Juve's lead at the top of Serie A cut to nine points, capping a disappointing week in which Allegri's men also were beaten 3-0 by Atalanta in the Coppa Italia on Wednesday.

And the head coach lamented the fact his team failed to get the basics right in order to see the game out, with Mario Mandzukic guilty of taking liberties in a risky area at the death.

"It was the first time this back four had played together and we didn't help the centre-backs, always leaving them in one-on-one situations," Allegri told DAZN, having given Leonardo Spinazzola a start along with new loan signing Martin Caceres.

"They need to realise there is no shame in hoofing the ball into the stands if needs be.

FT: It finishes in a draw at the Allianz.#JuveParma#FinoAllaFine#ForzaJuvepic.twitter.com/MkZBoKr3bD

"At least we gave those who complained we weren't entertaining enough something to enjoy.

"Beautiful football doesn't [always] pay off, at the end of the day you've got to just kick it away from your goal.

"We lowered our guard after going 3-1 up and then again on the final ball for the equaliser. You cannot play with that attitude in the 93rd minute with the ball at the corner flag.

"It was conceptually the wrong thing to try to keep that in play. Just kick it out."