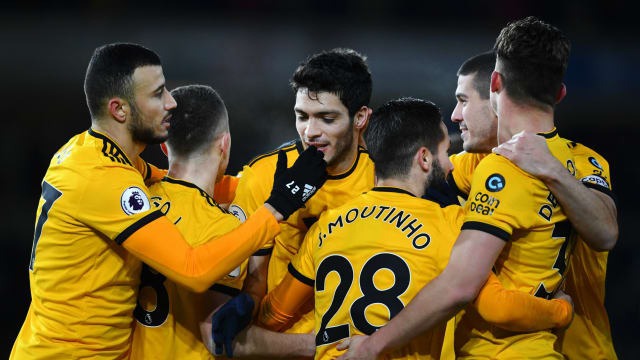 Nuno Espirito Santo was more satisfied with Wolves' clean sheet than their attacking prowess in the dominant 3-0 win over West Ham on Tuesday.

Romain Saiss' 66th-minute header was followed by two expert finishes from Raul Jimenez at Molineux to complete a win that in truth could have been even more convincing.

West Ham rarely threatened a Wolves side that had conceded in each of their previous six Premier League games and head coach Nuno praised the defensive resilience of his team.

"It is one of the things we should improve and have to keep improving but I'm happy because we didn't concede anything against a very good team."

Wolves had been frustrated by the brilliant Lukasz Fabianski until Saiss' breakthrough and Nuno was impressed with how his side continued to create chances, while applauding the all-round performance of Jimenez.

"We kept the tempo, had good possession, movements. But there was always a danger of counter-attacks, they have good players, [it] needs balance. The team were focused on the task."

On Jimenez, he added: "Yeah, one of the things he does beyond when he scores is he gives good balls, defends, presses, he was very good."