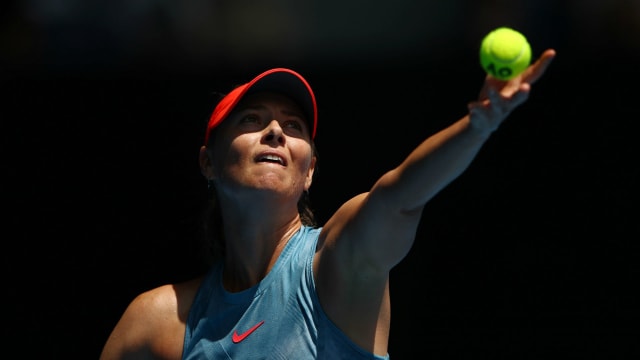 Maria Sharapova marked her debut at the St Petersburg Ladies Trophy with a comfortable 6-0 6-4 victory over Daria Gavrilova.

Sharapova arrived back on home soil after reaching the fourth round at the Australian Open, the world number 29 having beaten defending champion Caroline Wozniacki in Melbourne.

She started in impressive form in St Petersburg, coming from 4-2 down in the second set to brush aside the challenge of Gavrilova.

The Australian found some rhythm in the second but after finally breaking Sharapova in game six, Gavrilova failed to win another as she made a quick exit.

What a way to close it out, @MariaSharapova!

Day one of the WTA Premier event also saw first-round victories for Vera Zvonareva and Alison van Uytvanck – the latter setting up a meeting with Aryna Sabalenka.

At the Thailand Open, Dayana Yastremska eased past Arantxa Rus 6-0 6-3 to set up a second-round meeting with Peng Shuai.

Yastremska enjoyed her best grand slam performance at the Australian Open as she made the third round before losing to Serena Williams.

Buoyed by victories over Sam Stosur and Carla Suarez Navarro in Melbourne, Yastremska made a confident start in Hua Hin, winning the first seven games of the match.