Rosberg: Pressure is on Vettel to deliver in 2019 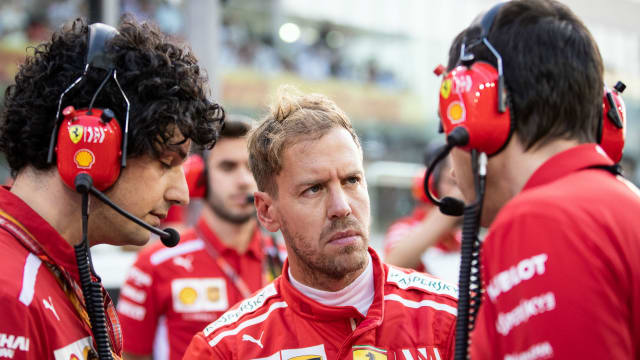 Sebastian Vettel is under pressure to deliver in 2019 after failing to stop Lewis Hamilton recording back-to-back Formula One titles, says Nico Rosberg.

Vettel has finished runner-up to Hamilton in the last two seasons, both times the German seeing his title challenge wane in the second half of the year.

In 2018, Ferrari looked particularly strong early on and enjoyed an advantage over the previously dominant Mercedes.

However, the Silver Arrows' consistency proved too much as Vettel and Ferrari fell away, Hamilton winning his fifth drivers' title by 88 points.

After winning four successive titles with Red Bull from 2010, Vettel has not added to his haul at Ferrari and Rosberg believes his former rival has to produce the goods in the coming season.

"The pressure is on, absolutely," he told Sky Sports News.

Eyes on a new week.#MondayMotivation#ForzaFerraripic.twitter.com/y8uAZ3yCgM

"He [Vettel] was feeling it, I'm sure, already last year and especially driving for Ferrari that's where the pressure is the highest because you've got the whole country [of Italy] on you.

"They've made some major changes. They've changed [team principal Maurizio] Arrivabene and put in [Mattia] Binotto, so they've made a change in the highest position there.

"Also with Sebastian's new team-mate, [Charles] Leclerc, that could also be a very, very positive dynamic, but it could also be negative and backfire! So, it's going to be awesome to watch.

"They just need to step it up, but they can do it."