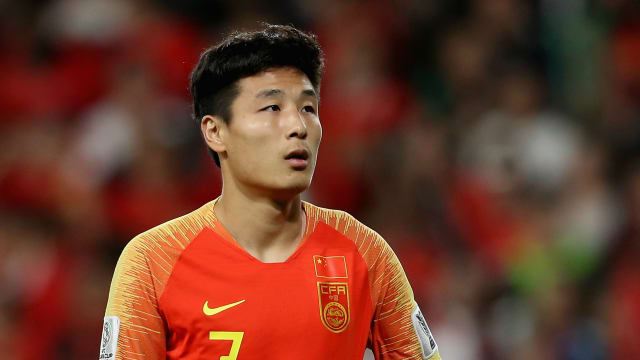 And the 27-year-old has now earned the chance to show his talents in Europe after signing for Espanyol.

The LaLiga club, whose majority shareholder and president is Chinese businessman Chen Yansheng, claimed to have seen off interest from various Premier League teams to sign Wu.

"The signing of Wu Lei by Espanyol confirms the commitment of president Chen Yansheng and, therefore, of Rastar Group with the project he has been leading for over three years," the club said.

"The president has repeated in his public interventions that this is a long-term project and that his idea is to continue betting firmly on the future of the club."

Wu hit two goals at the Asian Cup as China reached the quarter-finals before losing 3-0 against Iran, although he suffered a collarbone injury during the tournament.

He scored 102 league goals over five years at Shanghai, winning the CSL's top goalscorer award in each of those seasons.

Espanyol are 15th in LaLiga with their next game away to Real Betis in the second leg of the Copa del Rey quarter-finals on Wednesday.