Cardiff City manager Neil Warnock says the disappearance of Emiliano Sala has led him to consider his future in football, although he welcomes the distraction of a trip to Arsenal.

Nantes forward Sala completed a club-record transfer to Cardiff before the plane he was aboard went missing en route to the Welsh capital from France last week.

The search for Sala was ended by Guernsey Police on Thursday - although the 28-year-old's family are determined to resume the operation - and Cardiff are now set to play for the first time since the incident on Tuesday.

Addressing the media ahead of the Arsenal match, Warnock revealed the strain that had been placed on himself and the Cardiff squad, having met the player as a big-money move was agreed. 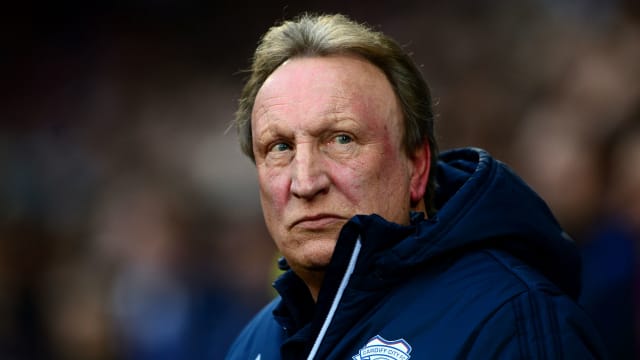 "You think 24 hours a day about whether to carry on," the manager told a news conference. "It's impossible to sleep.

"I've been in football management for 40 years and it's been by far the most difficult week in my career, by an absolute mile. It's been a traumatic week and even now I can't get my head around the situation.

"It's probably hit me harder than anyone else as I've met the lad and talked to him for the last six to eight weeks.

"It's such a difficult time. I keep looking at my own children and thinking what I would be doing now. The family have been fantastic. Our fans and Nantes fans have been amazing as well.

"It's been amazing the knock on with the players in training. It's unknown territory. Football is important, but when a tragedy like this happens...

"I think from the players' point of view they need some sort of distraction now because it's so doom and gloom and sorrowful, the place is so sombre all the way around the club. You need some sort of a game to get firing again."

But with Sala's family reaching a €300,000 crowdfunding target to resume the search operation, Cardiff team-mate Sol Bamba is clinging to the hope of a "happy ending".

"Even if he wasn't fully part of us, from the minute he signed for us and came to see the boys to say hello, he was part of us, so everyone feels like he is part of the team.

"We have to hope because we haven't found his body yet, even if the chances are very slim, but we like to think there can be a happy ending hopefully."