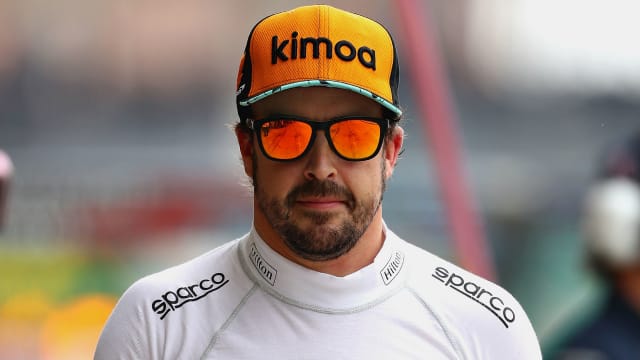 Fernando Alonso added another honour to his impressive list with a Rolex 24 triumph in Daytona on Sunday.

The two-time Formula One champion was part of the a No. 10 Wayne Taylor Racing Cadillac DPi team which won a rain-affected race at Daytona International Speedway.

Alonso, who quit F1 at the end of last season, Jordan Taylor, Renger van der Zande and Kamui Kobayashi took a clear lead before the 22-hour mark, pulling away from No. 31 Action Express Racing’s Felix Nasr after he ran wide at Turn 1.

The 24-hour race ended a few minutes early due to poor weather conditions, having been red-flagged twice because of rain. The majority of the final eight hours was run under a yellow flag.

Presenting the @ROLEX Cosmograph Daytona to each of the drivers of @WayneTaylorRcng! #Rolex24pic.twitter.com/vsSyv9mPO3

"Just an amazing experience — perfect execution for the race," Alonso said, "We were competitive in everything — dry, wet, night, day."

The Spaniard, who made his debut in the Daytona race last year and finished 38th, became just the third F1 champion to win the Rolex 24 at Daytona after Phil Hill and Mario Andretti.

Nasr and his team finished second, while Alexander Rossi's team in the No. 7 Acura DPi were third.