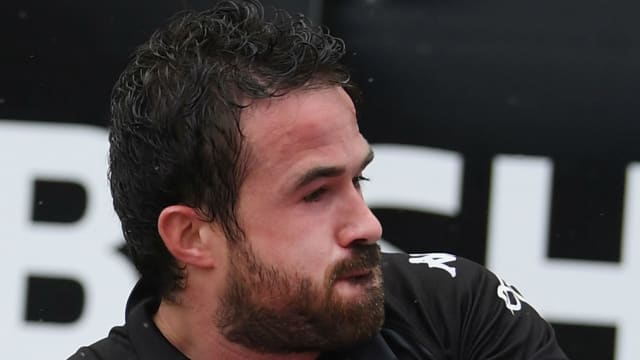 Clermont had not suffered a defeat since October, but they came unstuck against the champions at Stade Pierre-Fabre.

Remy Grosso crossed early in the second half to make it a two-point game, but Benjamin Urdapilleta took his tally from the tee to 11 points and Rory Kockott was on target with a penalty to give Castres breathing space after Greig Laidlaw split the posts at the other end.

Defeat for Franck Azema's men was just their third of the season and Toulouse can replace them at the summit with a win over lowly Grenoble on Sunday.

La Rochelle are six points adrift of the leaders following an entertaining 27-25 win over Montpellier.

Tries from Henry Immelman, Jacques du Plessis and Jan Serfontein were in vain for Montpellier, who are languishing in ninth spot after crashing out of the European Rugby Champions Cup.

Lyon are also out of Europe but they responded to back-to-back Champions Cup losses with a 32-11 over Racing 92, Noa Nakaitaci, Pierre-Louis Barassi and Toby Arnold touching down.

Pau beat beleaguered bottom side Perpignan 30-24, while Bordeaux-Begles are up to fifth following a 25-17 success over struggling Agen.