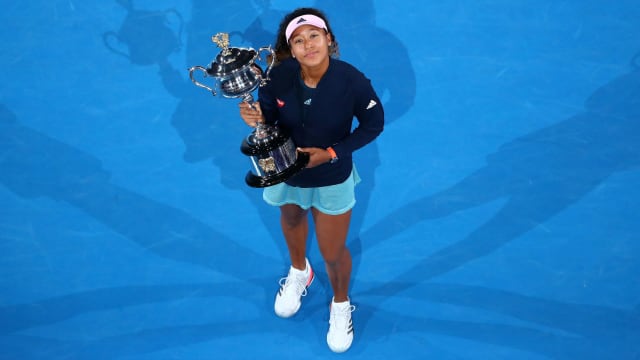 Naomi Osaka is hungry for more success and has targeted a 'Sunshine Double' after claiming her second grand slam title in a row at the Australian Open.

Last year's US Open champion followed up that breakthrough triumph in New York by securing another major crown in Melbourne, overcoming Petra Kvitova on Saturday in an enthralling women's singles final.

Victory over Kvitova lifted Osaka to the top of the world rankings, an incredible achievement for a 21-year-old who was 72nd this time last year.

Yet the Japanese is understandably determined to kick on and hopes to thrive in the Premier Mandatory events in Indian Wells and Miami in March, having claimed her maiden WTA title at the first of those tournaments in 2018.

"My goals are always winning tournaments. I would assume my next goal is to win the next tournament I play," said Osaka in a news conference following her win over Kvitova.

"I'm going to have to play Indian Wells again. Of course, I'd love to win that again and then play Miami and hopefully win that.

"I think people that can win Indian Wells and Miami back-to-back, it's usually the best players in the world. That would be my next goal."

Asked if she had surprised herself with her recent achievements, Osaka replied: "Yes and no. Like, I had dreams that I would win this tournament, you know?

"Every time I have a dream, somehow I accomplish it.

"I still feel like it's a very strange moment. Like, I feel like I'm living right now, but it's not necessarily real, if that makes sense."