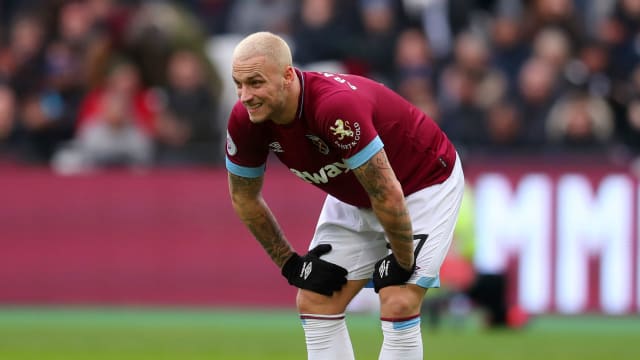 Arnautovic appeared set to leave London Stadium this month but a proposed move to the Chinese Super League failed to materialise.

The 29-year-old Austria international was omitted from the Hammers' 2-0 defeat to Bournemouth last time out but Pellegrini believes he is ready to play once more.

Beyond that, however, the ex-Manchester City manager is unsure how the transfer saga will play out.

"[On Friday] we will see the squad and which players are involved in the squad list. He is working with us without any problem," Pellegrini told a news conference.

"It is impossible for me to know the future. As a manager you worry about any different issue you have in your squad.

"When you don't have any worries it is better but things happen in football and we know we must try to resolve as soon as we can.

"I speak with all the players every day so I know what they want."

Argentina international Manuel Lanzini is back in light training with West Ham for the first time since suffering the anterior cruciate ligament injury that ruled him out of last year's World Cup.

"We have had the good news that Manuel Lanzini has started working with the squad," Pellegrini added.

"He is just working for part of the warm-up with the squad but the important thing is that he feels good and his knee is the correct way."