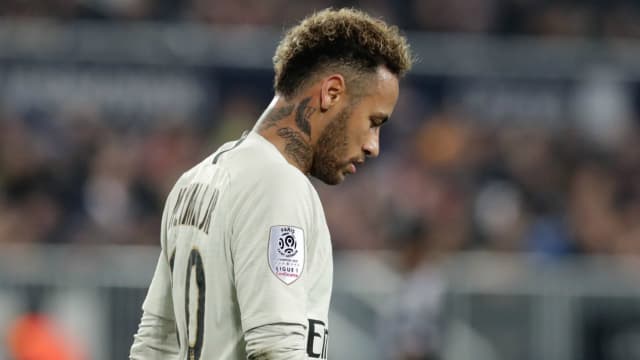 Neymar has suffered a "painful recurrence" of the injury he sustained to his right foot last season, Paris Saint-Germain have said.

The Brazil star limped out of Wednesday's 2-0 Coupe de France win over Strasbourg after appearing to twist his foot following a robust challenge from midfielder Moataz Zemzemi.

Head coach Thomas Tuchel later admitted he was concerned for the player, who was sent to hospital for tests.

PSG have since issued a statement to confirm Neymar has hurt the same metatarsal that he broke last February in a Ligue 1 win over Marseille.

The French champions have not stated whether the €222million forward has suffered another fracture, however.

"Initial examinations have revealed a painful recurrence of his injury to the fifth metatarsal of his right foot," the statement said.

"The treatment of this injury will depend on how it evolves over the next few days. All options can be envisaged at this time."

The news is a major blow to Tuchel, whose side face Rennes, Lyon and Bordeaux in Ligue 1 before a trip to Manchester United on February 12 for the first leg of the Champions League last-16 tie.