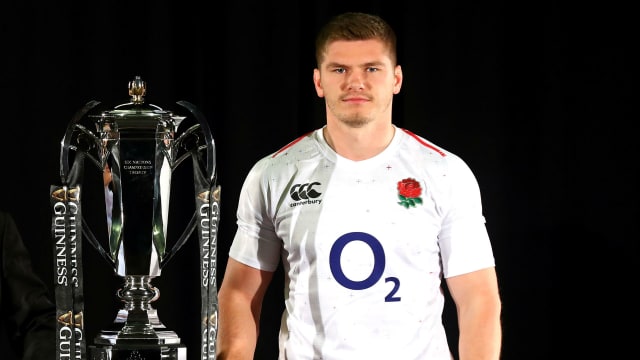 Owen Farrell is confident he will be fit to lead England in their blockbuster Six Nations opener against Ireland in Dublin next weekend.

Farrell was withdrawn from Saracens' European Champions Cup fixture against Glasgow Warriors on Saturday and underwent minor surgery to repair a damaged tendon in his thumb.

A lay-off of seven to 10 days was forecast for the fly-half, who was named as England's sole skipper for the Ireland fixture with usual co-captain Dylan Hartley absent through injury.

Speaking at the Six Nations tournament launch in London on Wednesday, Farrell insisted he was on track to start at the Aviva Stadium.

"The hand is good. I had something small done to it on the weekend," the 27-year-old was quoted as saying by The Times.

"I should be training towards the end of this week. It was a gradual thing and is something small."

Asked whether he would be fully fit for the Ireland match, Farrell replied: "I'm confident, yes."