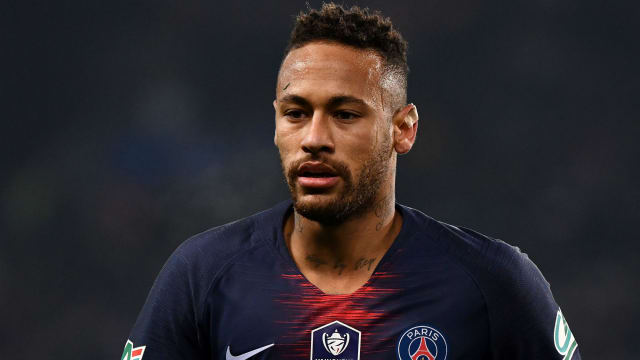 Paris Saint-Germain forward Neymar was forced off during the second half of their Coupe de France clash with Strasbourg after he appeared to twist his right foot.

The Brazil star seemed to injure himself when Strasbourg midfielder Moataz Zemzemi attempted to tackle him three times before referee Johan Hamel awarded a free-kick.

Neymar was angered by the rough treatment meted out by Zemzemi and got a form of revenge when he flicked the ball over the Strasbourg man's head before firing wide from the resultant set-piece.

However, Neymar left the pitch shortly after to receive treatment and, though he came back on, appeared emotional as he made his way down the tunnel, Moussa Diaby replacing him in the 62nd minute.

62' Change for @PSG_English as @neymarjr leaves the field with a knock and is replaced by Moussa Diaby #PSGRCSApic.twitter.com/0lqg7RSihx

PSG, who were leading 1-0 at the time, face Manchester United in the first leg of their Champions League last-16 tie on February 12.