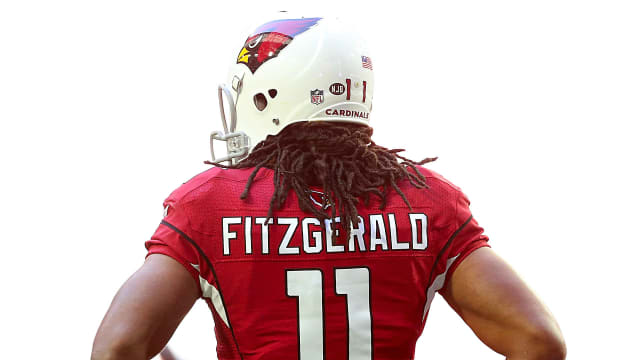 Larry Fitzgerald will return to the Arizona Cardinals for a 16th year in the NFL, it has been confirmed.

The Cardinals announced on Wednesday that the veteran wide receiver has decided to continue with the team in 2019 on a one-year deal.

Fitzgerald, 35, was drafted third overall in 2004 by the Cardinals and was a key member of the side that went to the 2009 Super Bowl, only to be beaten by the Pittsburgh Steelers.

"No player has meant more to this franchise or this community than Larry Fitzgerald," Cardinals president Michael Bidwill said in a statement.

"In my discussions with him, it was clear that he is as driven and passionate as ever. We are thrilled he'll be back in 2019."

The Legend continues. @LarryFitzgerald will return for his 16th season with the Cardinals in 2019. pic.twitter.com/t5owK1MLTl

Fitzgerald finished 2018 with 1,303 career catches, breaking Jerry Rice's record of most receptions (1,281) with one team.

The Cardinals finished 3-13 under first-year head coach Steve Wilks, who was fired and replaced by Kliff Kingsbury.