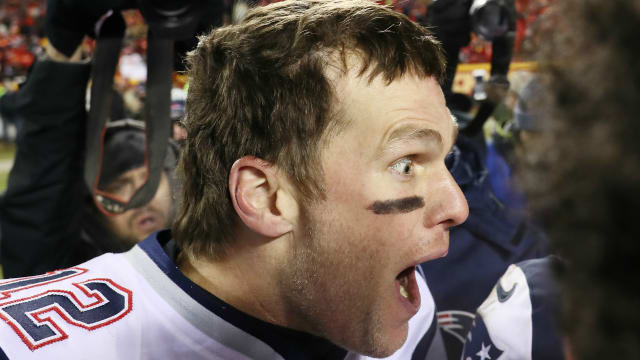 Brady led the way as the Patriots reached their 11th Super Bowl thanks to Sunday's dramatic 37-31 overtime victory at the Kansas City Chiefs.

Five-time Super Bowl champion Brady completed 30 of 46 passes for 348 yards, a touchdown and two interceptions to secure a showdown with the Los Angeles Rams in Atlanta on February 3.

The Patriots lost last season's Super Bowl to the Philadelphia Eagles, however, New England are now the third team to reach at least three successive deciders – following in the footsteps of Miami and Buffalo.

There he goats again. #EverythingWeGotpic.twitter.com/EZtBHP0p9z

New England, who have the chance to tie the Pittsburgh Steelers for the most Super Bowl victories with six, will face the Rams in a rematch of the 2002 decider, which the Patriots won.

Reflecting on the victory at Arrowhead Stadium, Brady said: "Overtime, on the road against a great team.

"They had no quit. Neither did we. We played our best football at the end.

The 41-year-old quarterback and four-time Super Bowl MVP added: "This is crazy. What a game."