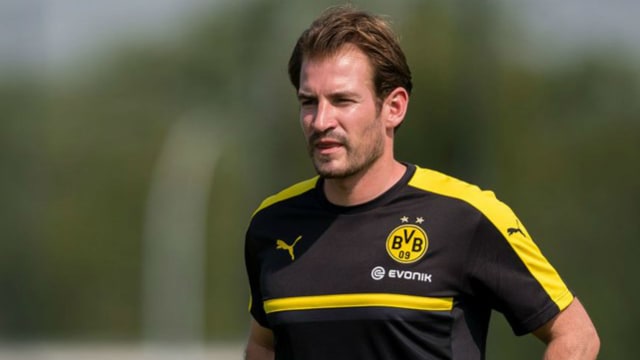 During Town's 3-0 defeat at home to Manchester City on Sunday, Martin Warhurst was approached in the stands by a TV reporter in the middle of the match, the journalist thinking he had spotted Siewert taking in his new surroundings.

After explaining he was not Siewert, but rather "Martin from Wakefield", video clips of the mix-up went viral.

And Huddersfield did not pass up the opportunity to make Martin – chief executive of Martin House, a charity that provides hospice care for children and young people across West, North and East Yorkshire – the centrepiece of their video announcing Siewert as their new coach on Monday.