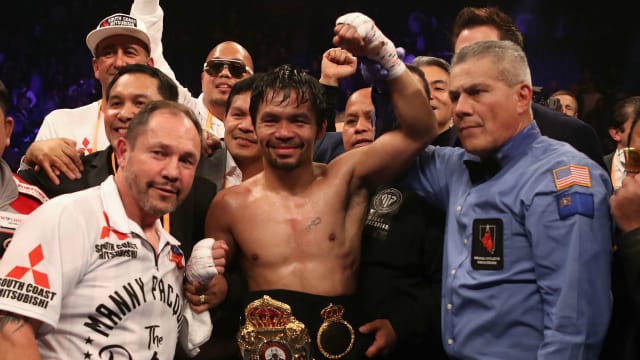 Manny Pacquiao called out Floyd Mayweather Jr for a rematch after retaining his WBA World Welterweight title against Adrien Broner.

"God gave me this good health and blessings and at the age of 40 I can still do this," said Pacquiao, who was back in the ring after winning the belt with a dominant seventh-round knockout of Lucas Matthysse in July.

"I wanted to push more but my trainer said it would be careless, to wait for him and counter so that's what I did.

"Tell Floyd to come back to the ring and we will fight, I'm willing to fight Floyd."

Jack suffered a horrific gash to his forehead following a seventh-round headbutt as Browne won by unanimous decision.