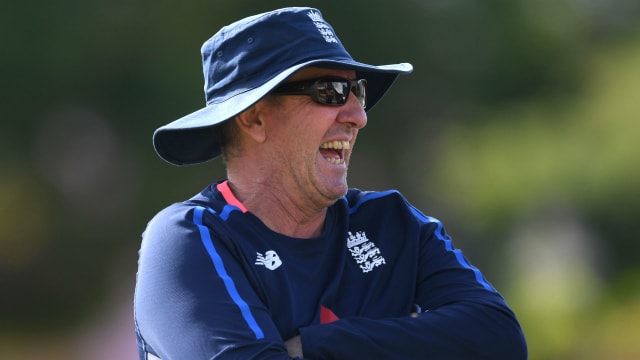 As he nears the end of his reign as head coach, Trevor Bayliss is welcoming the pressure of a World Cup and Ashes series on English soil.

The Australian was appointed to the role in May 2015, replacing Peter Moores, and has overseen a largely successful period during which the side has become the top-ranked team in ODI cricket.

Bayliss has confirmed he will not stay in the job beyond the end of his contract in September, by which time he hopes to have guided his adopted nation to World Cup glory for the first time.

After that tournament, which England will begin as favourites, Joe Root's men face Australia over five Tests as they look to reclaim the urn they lost in such devastating fashion courtesy of a 4-0 drubbing Down Under in 2017-18.

And Bayliss concedes he could hardly ask for a much greater challenge over the last few months of his tenure.

"It probably doesn't get any bigger," he said. "It's hard to pick between them. There's nothing like beating Australia in the Ashes, like we did in 2015, so hopefully we walk away with both trophies.

"Being in the space of six months and at home, that brings pressure in itself and that's what we have been working towards, playing under some pressure.

"The expectation you have yourself, that's the pressure - yes we have pressure because our expectation is to play good cricket and have a good chance of winning.

"When we get to the big stage it is out of our hands [as coaches], it's down to the guys to perform on the day. I don't think we could have done too much more."