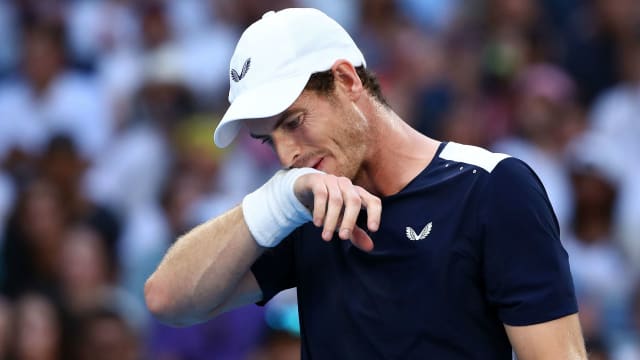 Andy Murray has been forced to withdraw from the Open 13 Marseille as he manages his ongoing hip problem.

The former world number one announced ahead of the Australian Open that the long-term injury would force him to retire in 2019, although he aimed to play on until his home grand slam at Wimbledon.

Murray acknowledged that he may even have to call time on his career after Melbourne and, despite a spirited showing, he was beaten in the first round by Roberto Bautista Agut.

The three-time major champion has now confirmed that he will not be able to play in Marseille, with a statement from the tournament organisers suggesting Murray would miss other upcoming tournaments as he considers surgery.

Murray admitted following his defeat to Bautista Agut that the potential procedure could mean he is unable to return to action.

ANDY MURRAY FORCED TO PULL OUT OF OPEN 13 PROVENCE https://t.co/2LNVXEq7UM

Of his decision to pull out of Marseille, the Briton said: "It's tough but I don't have a choice.

"I was very keen on returning to Marseille where I won the tournament in 2008. This title, one of the first of my career, remains a great memory."

Tournament director Jean-Francois Caujolle added: "I feel for him. It makes me sad to see such a great player, that is also a person that I like a lot, have to go through such tough times.

"I wish for him to be able to overcome this episode in order to come back to the courts and end his career on his own terms. He deserves it."

Tomas Berdych will replace Murray in the main draw in France.