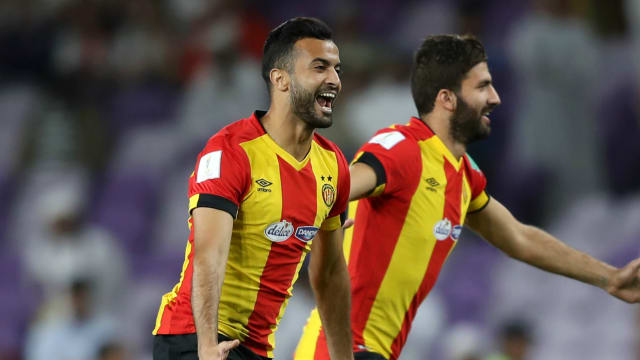 ES Tunis secured the first victory of their CAF Champions League title defence with a routine 2-0 win over Platinum on Friday.

The Tunisian side needed a last-gasp Anice Badri equaliser to take a point from Horoya in their tournament opener last week but encountered no such resistance on home soil.

Taha Yassine Khenissi supplied both goals, rifling the opener into the roof of the net in the 24th minute and sewing up three points with a close-range header after the hour.

Moine Chaabani's men are level on four points with Group B leaders Orlando Pirates, who crushed Horoya 3-0 thanks to Thembinkosi Lorch's determined opener and a quickfire second-half brace from Justin Shonga.

In Algeria, Karim Nedved crashed home an 85th-minute header to salvage a valuable 1-1 draw for Al Ahly against JS Saoura.

The hosts were on course for their maiden victory in the competition's main draw when Sid Ali Yahia Cherif nodded in Mohamed El Amine Hammia's cross in the 59th minute, sparking boisterous celebrations.

Meanwhile, in Group C, a pair of Ghazi Ayadi penalties gave Club Africain a come-from-behind 2-1 victory away to Egyptian outfit Ismaily in a match marred by crowd problems.

The home fans vehemently protested the referee's decision to award the two spot-kicks, reportedly throwing bottles onto the pitch and forcing multiple pauses in play which prompted the referee to bring a premature end to the match in the final minutes.