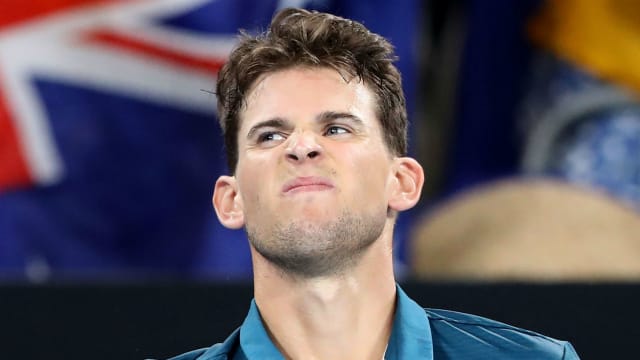 Dominic Thiem is out of the Australian Open after retiring at two sets down to wildcard Alexei Popyrin in the second round.

The seventh seed trailed 7-5 6-4 2-0 when he pulled out, having called for the trainer early in the second set complaining of fatigue and soreness.

Thiem battled on but called it a day after falling a break down in the third set.

The Austrian came into Thursday's clash on the back of a marathon first-round victory over Benoit Paire.

The match lasted until 2.10am on Wednesday morning after Thiem clinched the decider having earlier thrown away a two-set advantage.

Popyrin, who beat Mischa Zverev in straight sets in his tournament opener, will face Lucas Pouille in the third round.

Through to his first R3 at a Grand Slam.