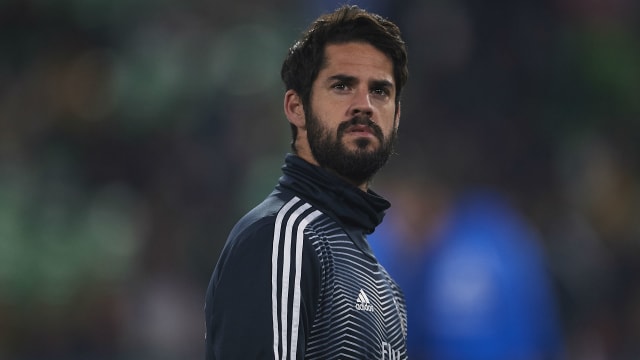 Real Madrid defender Nacho Fernandez is convinced Isco remains important to the club and coach Santiago Solari despite a lack of starts in recent months.

Isco has had a difficult season so far for Madrid, starting just five times in LaLiga, all of which came under Julen Lopetegui before his sacking at the end of October.

Ever since Solari replaced the former Spain coach, Isco has generally had to be content with a place on the bench and was left out of the matchday squad for the Champions League trip to Roma in November.

The 26-year-old was afforded a rare start in Wednesday's 1-0 Copa del Rey defeat to Leganes – Madrid progressing to the quarter-finals 3-1 on aggregate.

Isco failed to inspire Madrid, and Nacho has told him he needs to make a statement when he does get an opportunity.

A defeat on the night but we're through to the Copa del Rey quarter-finals! #RMCopa pic.twitter.com/70UPFYYbyf

"Isco is important for the team," Nacho said in an interview with beIN Sports. "He is one of the most important players on the team and he has to keep working.

"The coach is with him and when he is on the field he has to make a statement."

It was suggested to Nacho that Isco did not look sharp at Leganes, but the defender gave him the benefit of the doubt.

"It's normal, he has had several games that he was not a starter for," Nacho said. "We were all in the same line-up and if we had not qualified it would have been a catastrophe."

Casemiro added to Nacho's assessment, adamant they need to improve on recent performances, as Los Blancos have won only two of five since returning from the mid-season break.

"We are sincere and we know we have to improve and this club demands it," the Brazil international said. "This is the most difficult league in the world, with work we will see what happens at the end of the season."