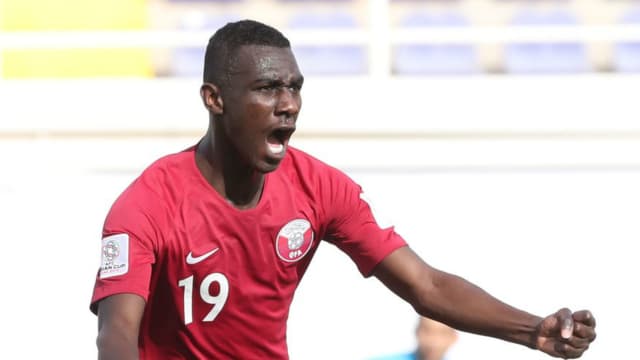 Top spot is on the line in Group E when Qatar and Saudi Arabia go head-to-head in Abu Dhabi in the Asian Cup on Thursday.

Both teams have won their opening two matches to secure progression to the knockout stages, with Qatar leading the way thanks to their 6-0 thrashing of North Korea last time out.

They have never finished top in the group stage, though, providing fresh motivation for Felix Sanchez's men against one as Asia's heavyweights.

Qatar have an excellent record against the three-time winners with three wins, four draws and one defeat from their previous eight meetings.

The form of Almoez Ali has been a particular highlight for the 2022 World Cup hosts, but goalkeeper Saad Al Sheeb says the unity within Qatar's squad is what is driving them forward this year.

"Our strength, as I said, lies in our team spirit. The coach has prepared us well, whether in attack or defence," he said.

"Almoez and Akram [Afif] are very good players and with the help of the other players, have helped Qatar progress. We are one team - whether the 11 players who start, those on the bench and the coaching staff.

"Our spirit is high as we really want to do well in the Asian Cup. We have worked very hard and will continue doing so as we want to progress as far as we can in the competition.

"When we came here, it was with the plan of taking it one game at a time. After two wins, our confidence has been boosted. We will prepare well for the match and our aim is to get the three points."

After two comfortable group games, Saudi Arabia will provide a sterner test in the battle for top spot, and the Green Falcons' boss Juan Antonio Pizzi says his side are determined to climb above their final opponents.

"We will try to do our utmost to win," the Argentine told a media conference. "We will play with all our strength and whatever opponent we face [in the knockouts] we are ready for them.

"What matters is tournaments is good results, and that is what happened in our first two games against Lebanon and North Korea."

Forward Fahad Al Muwallad added: "Our qualification does not mean that we underestimate the importance of the game. We promise to play every game with maximum strength."

If Saudi Arabia are to claim a third victory over the group, then the creativity of midfielder Abdulaziz Al Bishi will be vital. The 24-year-old already has two assists to his name, something Pizzi will be hoping to see more of against group leaders Qatar.

History beckons for top goalscorer Almoez Ali in Thursday's encounter, the 22-year-old striker having already scored five goals in the competition so far. His four against North Korea secured Qatar's progression, and should he net again in Abu Dhabi he would be the first player to score six goals in the group stage since 2000.

- All three previous Asian Cup encounters between Saudi Arabia and Qatar have ended in a draw – they all took place in the group stages (1984, 1992, 2000). The Saudis have never led at any point in those three games.
- Saudi Arabia have won three of their last four Asian Cup games (L1), keeping back-to-back clean sheets – they last went longer without conceding in the competition on the way to winning the 1988 tournament (three consecutive clean sheets).
- Qatar's 6-0 win against North Korea in their last match was their biggest-ever win in an Asian Cup match.
- Almoez Ali has scored five goals in his two appearances at this year's Asian Cup – he could become the first player to score six goals in a single Asian Cup tournament since South Korea's Lee Dong-Gook in 2000.
- Mohammed Al Owais is yet to concede a single goal at this year's tournament making him the first Saudi Arabia goalkeeper to keep two clean sheets during the group stages of a single Asian Cup since Mohammed Al-Deayea in 2000.