Atletico Madrid 3 Girona 3 (4-4 agg): Simeone's side out on away goals 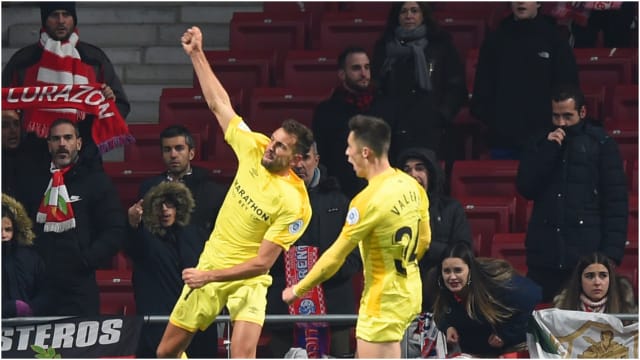 Atletico Madrid are out of the Copa del Rey after Girona secured a see-sawing 3-3 second-leg draw at Wanda Metropolitano to reach the quarter-finals on away goals.

Substitute Borja Garcia's shot fired in off Seydou Doumbia in the 88th minute to undo Antoine Griezmann's inspirational rescue act and hand Diego Simeone's men a heart-breaking exit from a tournament they last won in 2013.

Griezmann, introduced on the hour, had only moments previously completed a quickfire Atletico comeback by lashing them into the lead after helping Angel Correa level the scores inside 90 minutes.

But Girona - who earlier overturned Nikola Kalinic's first-half opener thanks to goals from Valery Fernandez and Cristhian Stuani - recovered to incredibly snatch back the ascendancy as a 4-4 aggregate draw saw them through.