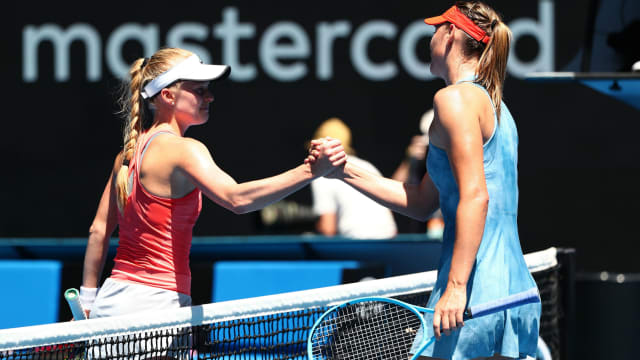 Maria Sharapova had no compassion for Harriet Dart after the Russian star inflicted a double-bagel defeat on her beleaguered opponent at the Australian Open.

Former world number one Sharapova barely raised a sweat in her 6-0 6-0 rout of British qualifier Dart in Melbourne on Monday.

"I mean, there is no time for that, I'm sorry to say," Sharapova – the 30th seed – told reporters afterwards.

"But when you're playing the first round of a grand slam, I have been in many positions, last year Wimbledon came out against a qualifier that played really well.

"There is no doubt that my level wasn't where I wanted it to be, but she was there to take the match."

Baby, it’s warm outside Loved being back on Rod Laver Arena this morning. @AustralianOpenpic.twitter.com/bHULDggb7X

Sharapova, who won the Australian Open in 2008, will meet Swede Rebecca Peterson in the second round.