Popovich on facing Parker: It'll look weird to see him in another uniform 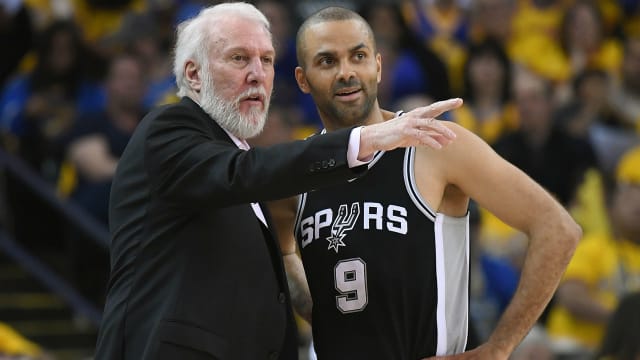 The Hornets will face the Gregg Popovich-led San Antonio Spurs, but this time Parker will be wearing a different uniform.

"It'll really look weird to see him in another uniform," Popovich said before the game. "I'm anxious to see him. We talk frequently and he's always going to be part of my thoughts. He's a special young man and I always felt like a second daddy to him over the years and he's been like a son in all kinds of ways.

"He's a friend for life and someone I'll always care about. It'll be great to see him."

"He's a friend for life and someone I'll always care about." - Coach Gregg Popovich on @tonyparker's return

Parker, who is playing his first season with Charlotte, spent 17 seasons in San Antonio under Popovich.

He won four NBA championships with the Spurs and helped the team make back-to-back Finals appearances for the first time ever. Parker finished with 18,943 points with the Spurs, which is the fourth most on the franchise's all-time list.

Parker, 36, reached a two-year, $10million deal with the Hornets as a free agent in the offseason. The Spurs had a similar offer for the six-time All-Star, but Parker reportedly wanted a bigger role.