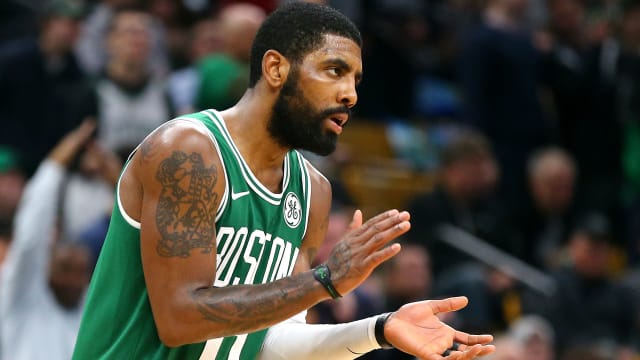 Kyrie Irving said he will never question his team-mates in public again after the Boston Celtics star's criticism on Saturday.

Irving was obviously frustrated after Eastern Conference contenders the Celtics lost 105-103 to the Orlando Magic in the NBA.

After the defeat in Orlando, Irving said the "young guys don't know what it takes to be a championship level team." It was Boston's second consecutive loss on the road following four successive victories at TD Garden.

Irving further explained the comments he made following the narrow defeat during Boston's shoot-around on Monday.

"Sometimes I may come off and say things, never to question my team-mates in public like that ever again; I just want to win so bad."

Irving suggested the players are feeling the pressure of lofty expectations placed on them at the beginning of the season.

"It came from a place where I asked for a trade and I'm coming here and I believe in this organisation and I want these young guys to be successful," Irving said. "In order to that, we all got to be on the same page and have that mindset that, a championship or nothing.

"And sometimes that can get the best of me at times."