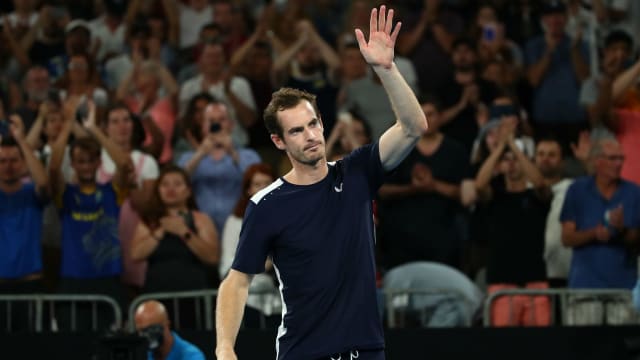 Andy Murray was beaten by Roberto Bautista Agut despite a stirring fightback in what could be the final match of his career, while Roger Federer cruised through on day one of the Australian Open.

Three-time grand slam champion Murray last week revealed that he may have to quit after playing in Melbourne due to a debilitating hip injury, though he still hopes for a Wimbledon swansong.

It remains to be seen what the future holds for the former world number one following defeat to Bautista Agut, as he told the crowd after the match: "I don't know. Maybe I'll see you again".

As for Federer, the Swiss eased to a 15th successive victory at Melbourne Park, the defending champion seeing off Denis Istomin 6-3 6-4 6-4.

John Isner, last year's semi-finalist Kyle Edmund and Steve Johnson were the only seeds to crash out.

One of, if not the greatest British tennis player of all time.

We really, really hope to see you one last time at @Wimbledon. pic.twitter.com/WSAecguXrz

Five-time runner-up Murray looked to be heading for an emphatic defeat at two sets and a break down on Melbourne Arena.

The Brit drew on his fighting spirit to come storming back and take it the distance but ran out of steam in the final set, Bautista Agut sending him packing on an emotional evening.

"If this was my last match, it was an amazing way to end," Murray said in his on-court interview.

"If I want to go again, I need to have a big operation which there's no guarantee I'll come back from but I'll give it my best shot."

FEDERER A MENACE TO DENIS

Federer will face Dan Evans in the second round after maintaining his perfect record against Istomin.

Istomin failed to even take a set off the 20-time grand slam champion, who is eyeing a 100th singles title.

Federer was a cut above the world number 101 from Uzbekistan, the top seed hitting 52 winners on Rod Laver Arena while securing three breaks of serve.

The Swiss maestro did not face a solitary break point in a routine victory.

World number 10 Isner was beaten in the opening round last year and he fell at the first hurdle again with a defeat to fellow American Reilly Opelka.

The 21-year-old served 40 aces to Isner's 47 and the pair claimed just one break apiece as the underdog claimed his first grand slam win.