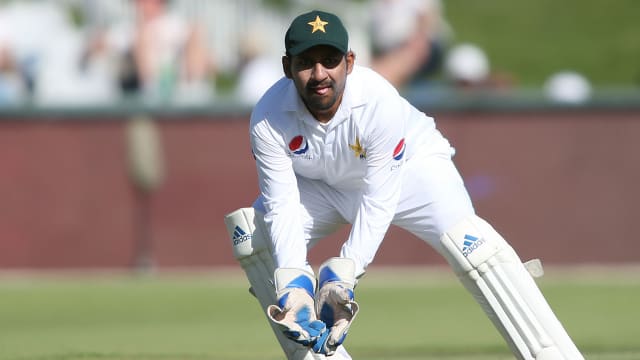 Pakistan coach Mickey Arthur has backed captain Sarfraz Ahmed despite their Test whitewash at the hands of South Africa.

A 3-0 defeat in the series with the Proteas was confirmed by a 107-run defeat in Johannesburg on Monday, with the tourists bowled out for 273 in pursuit of a target of 381.

The disappointing results in South Africa come off the back of a 2-1 loss to New Zealand in the United Arab Emirates in which Pakistan let winning positions slip in the two Tests they lost.

Since Sarfraz was named Test captain in September 2017, Pakistan have won just one series - beating Australia in UAE - as well as a one-off Test with Ireland.

But Sarfraz retains the full support of his coach, who said after the heavy defeat: "This question always arises at the end of a series.

"Sarfraz goes from strength to strength. He wants to lead from the front. I thought his wicketkeeping has been outstanding.

"What we need is to get a good core of leaders around him. If we can do that, he'll go from strength to strength."

Arthur added that his focus is on enabling the Test team to play in all conditions ahead of the ICC World Test Championship, which begins in July.

"We play Sri Lanka in the United Arab Emirates in September, then we play Australia in Australia straight after that," he said.

"We have to have our skill sets perfect to manage the bouncing ball. I want to get our batsmen into Australia three or four weeks early, to have camps there to get them ready."