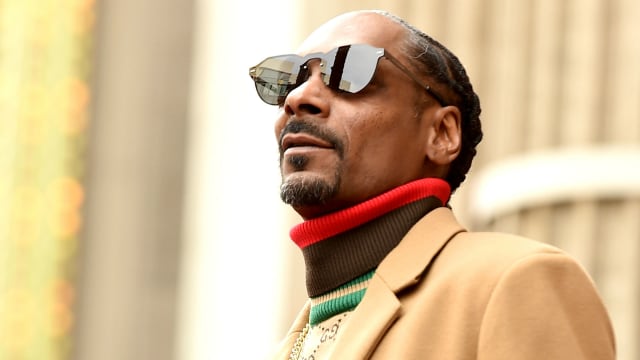 Snoop Dogg did not disappoint as he helped commentate on the Los Angeles Kings' win over the Pittsburgh Penguins in the NHL on Saturday.

The rapper was invited by the Kings as a guest of honour, serving as the warm-up DJ and dropping the ceremonial first puck before assisting with the play-by-play commentary in the first period on FOX Sports.

Snoop appeared to enjoy himself and a number of colourful quotes entertained the watching public.

"Get it cracking then. Let's go," he said at one point as a fight broke out. "Snoop Dogg's in the house, he wants to see something."

Reflecting on the experience, Snoop was keen to return, too, saying: "I just don't know the terminology so much but I understand the game. I think I can be an analyst for hockey."

Nothing will ever compare to Snoop Dogg doing play-by-play for the LA Kings on Hockey Night in LA. pic.twitter.com/SH527Vo2zr