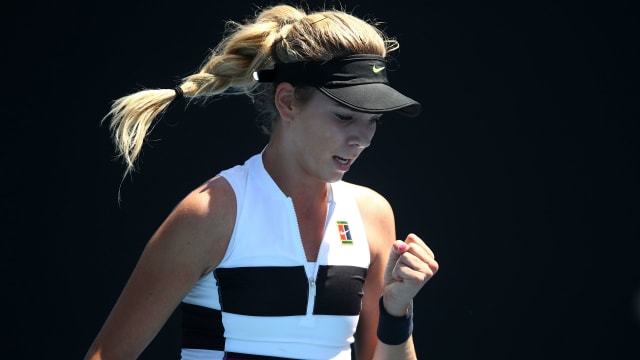 The Australian Open introduced the first-to-10 tie-break format in deciding sets for this year's grand slam.

And British player Boulter was the first to win in the new format following her 6-0 4-6 7-6 (10-6) victory against former world number eight Makarova at Melbourne Park.

Boulter needed 78 minutes in the final set and two hours, 24 minutes in total to advance to the second round on day one.

The 22-year-old, who made it past the first round of a slam for just the second time, will meet 11th seed Aryna Sabalenka next.